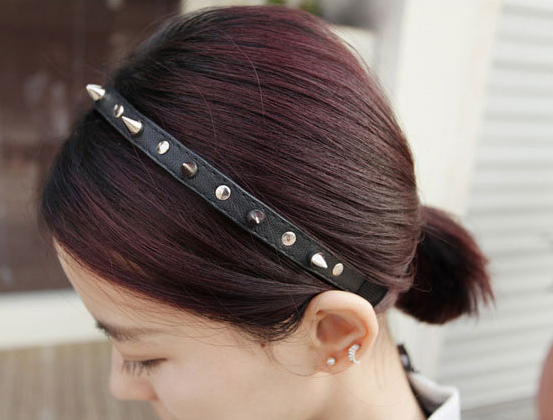 Typically you want only one element to make your look full. This headband can actually make an announcement! For this mission you’ll need fake leather-based, spikes with screw, glue and hair elastic. Initially snip a small gap within the fake leather-based. Then put the underside a part of the spike via the outlet and screw on the highest half. After that, proceed this across the high of the scarf, spacing the spikes evenly. Subsequent loop the tip of the scarf via the elastic, fold over and glue to itself. Now repeat on the opposite facet and let dry. Voila – you’ve gotten a brilliant cool headband!